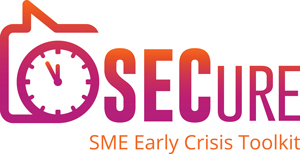 There are good reasons for implementing cost accounting. What these are, we present to you in the following article:

First of all, a functioning cost accounting system generally helps you and your managers to have or obtain an exact overview of the financial situation of your company. With the help of cost accounting, the actual operational success of a company can be precisely determined. This is not possible, or only possible to a very limited extent, with the legally required profit and loss statement or the business analysis (P&L).

Often, the P&L is only prepared once a year, after the closure of the fiscal year. And once the books are closed, it is no longer possible to take action and implement measures to improve results. In addition, legal rules must be complied with when preparing the P&L statement. These are based on the interests of the government, not on the operational reality and requirements of a company. If the financial statement is to show a periodically correct result, numerous accruals and deferrals and transfers often have to be made. Cost accounting, on the other hand, aims to depict the actual conditions in the company as accurately as possible. Only those items are considered that have to do with the actual operational service production process: the costs and the outputs. Other expenses and income that have nothing to do with the operational purpose, e.g. claims or interest income, are not taken into account. On the other hand, items can be included in cost accounting that are not used in accounting or for which other amounts must be included: The imputed costs. These costs have no monetary value or a different monetary value than that shown in the accounts. In addition, the costs can be distributed in a way that corresponds to the structure of your company, for example with different values on cost centres, products or customers.

You buy a new car for € 30,000 net. The law stipulates that the car must be depreciated over six years. Accordingly, you can claim € 5,000 in depreciation each year. Only the actual acquisition costs may be claimed. However, you assume that if the same car has to be replaced in six years, it will cost more than it does today. You estimate that the car will then cost around € 33,000. Therefore, you set depreciation in the amount of € 5,500 per year in the cost accounting. In cost accounting, assets can thus also be valued at their expected replacement value.

In addition, other imputed costs can be applied, such as rents, entrepreneurial wages in partnerships or interest. With the help of the imputed cost approach, it is possible to represent the operational reality in your company even better and to achieve comparability with other companies.

Example – imputed entrepreneurial wage:Limited liability companies pay salaries for managing directors or owners. This is not always the case in private companies. Their owners often take their “salary” from the profit. In order to be able to compare capital companies and private partnerships, at least in the same industry, imputed entrepreneurial wages should be applied in the private partnership.

Important: Although imputed costs do not lead to payouts, i.e. they do not burden liquidity, they may make products more expensive, as these cost items must also be taken into account in the calculation. In the end, your customers must be prepared to pay the higher costs, e.g. for imputed depreciation, through the price of a product. If this is not the case, the imputed costs may have to be reduced or even completely eliminated.

Another central benefit of cost accounting is that it is possible to plan the operating result not only annually, but also monthly. For this purpose, the sales figures (quantities x prices) of all products as well as the expected costs are usually planned on a monthly basis. In this way, you are constantly aware of how the operating result of your company will develop and what financial resources will be available to you if your assumptions come true. At the end of a month, the actual figures are recorded and compared with the planned values. By comparing the figures during the year, deviations are often detected in time to allow corrective measures to be taken at short notice, such as negotiating conditions more intensively with suppliers to reduce costs, or advertising more intensively to achieve higher sales figures. As a result, the original plans can often be achieved after all.

In January, you are planning sales in the amount of € 150 thousand. At the beginning of February, the actual figures for January are available: According to these, the turnover only amounted to 137 T€. The deviation is still almost 9% and you want to know why the planned sales could not be realized. The analysis shows that a customer canceled an order in the amount of 5T€ and the sales force granted higher discounts to the customers than planned. Thus the sales figures could not be reached. In order to be able to fulfill the planned figures in the future, you want to intensify advertising. At the same time, the sales representatives are to be obliged not to grant discounts higher than those permitted.

Without planning and cost accounting, it would only be clear at the end of the year or the beginning of the following year that there had been problems. It would not have been possible to take countermeasures with the aim of achieving a certain result.

Tip:Your consultant will help you set up cost accounting in your company and do all the work involved.

Another task that cost accounting has to fulfil are profitability controls of various kinds:

Example:You manufacture steel pipes in your company. In the current month, 20,000 tubes are to be produced and sold. Your company plans with material costs in the amount of 9,000 €. The comparison of the material costs at the beginning of the following month shows that material to the value of 10,500 € was required – a deviation of 1,500 €. The analysis shows that on the one hand the purchase prices were higher than planned. On the other hand, there were quality problems, so that more material was needed than planned. In the future, you want to negotiate more intensively with suppliers for better prices and conditions. At the same time, a working group is commissioned to eliminate the quality problems.

Example:Your company has planned costs of € 234,000 for the cost centre Sales for the month of June. At the beginning of the following month, it turns out that costs of € 247,000 have been incurred. The analysis shows that the higher costs were mainly due to the originally unplanned employment of a commercial agent, who, however, generated additional sales of € 35,000. In the future, you will take into account both the costs for the commercial agent and the additional turnover in the planning.

Practical Tip: In daily work, different types of performance auditing can be well combined. For example, you can first check whether there are variances in individual (major) cost elements. Then, in a further step, it can be examined in which areas the variances have arisen or where they have been particularly high. This makes it even easier to identify where there is a need for action, and control measures can be applied in a more targeted manner.

In addition, performance audits should also be used to get ideas and suggestions for improvements. Deviations also often indicate that sales have been estimated too high, while costs tend to be planned too low. Often costs categories are also just forgotten.

All information and details in our articles and information have been compiled to the best of our knowledge. However, they are provided without liability. This information cannot replace individual advice in specific cases.

Link to the german version: https://thevisionworks.de/kostenrechnung